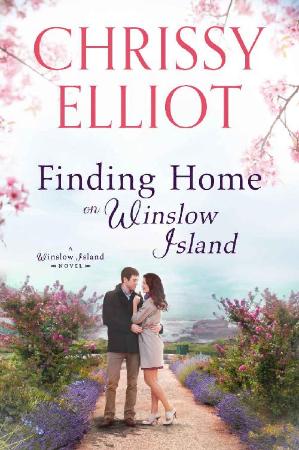 Join the residents of Winslow Island for a fun-filled, opposites-attract, sweet romance – full of piggyback rides and scrumptious baked goods.

It might be Winslow Island’s annual Matchmaking Festival, but Tessa has more important things to worry about, like how to keep her mother’s bed and breakfast in business.

Parker’s life is as precise and planned as the surgeries he performs. He’s on track for a career-making promotion – if he can improve his bedside manner. When his mother plans a family celebration for the same weekend as the Matchmaking Festival, Parker suspects he’s in for a series of sneaky setups. But with his promotion fast approaching, he has no time for distractions – until Tessa crashes into him in a shower of glitter, wreaking havoc with his plans and his heart.

With a temper as fiery as her red hair, she’s a distraction too tempting to ignore.

Tessa is determined to resist Parker’s charms – even if his smile makes her toes curl. He’s only on the island for five days, and she won’t risk a broken heart. But with the festival in full swing, resisting Parker is proving harder than she expected, especially when he becomes the key to saving her mother’s business.

Can Parker convince Tessa that he’s worth taking a chance on, or will his career-focused heart drive them further apart?

Whether you are fans of the Gilmore Girls or the Golden Girls, you’ll fall in love with Winslow Island.

Thanks for downloading Finding Home on Winslow Island – Chrissy Elliot :