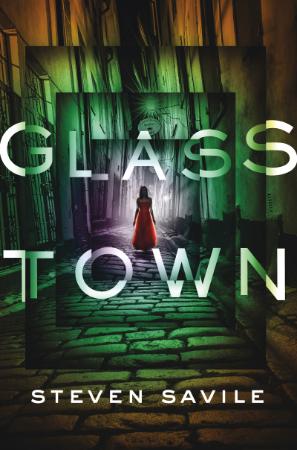 Steven Savile is an international sensation, selling over half a million copies of his novels worldwide and writing for cult favorite television sho including Doctor Who, Torchwood, and Stargate. Now, he is finally making his US debut with Glass Town, a brilliantly composed novel revolving around the magic and mystery lurking in London.
There’s always been magic in our world
We just needed to know where to look for it
In 1924, two brothers both loved Eleanor Raines, a promising young actress from the East End of London. She disappeared during the filming of Alfred Hitchcock’s debut, Number 13, which itself is now lost. It was the crime of the age, capturing the imagination of the city: the beautiful actress never seen again, and the gangster who disappeared the same day.
Generations have passed. Everyone involved is long dead. But even now their dark, twisted secret threatens to tear the city apart….