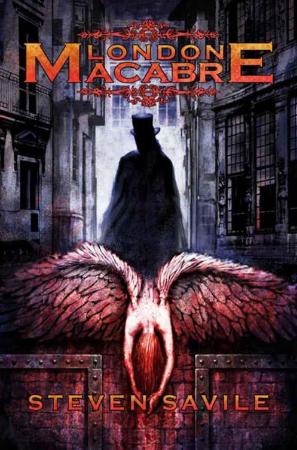 A man walks confidently through the night time streets. He is Nathaniel Seth, is one of the Brethren, a shadow society of occult dabblers and black magickers who hide away in the darkest parts of the city, in corners where they could not be seen by polite society. Little did Seth know that his own life was only hours from ending, his flesh to be taken as host for a daemonic entity clawed all the way out of hell’s pit in the centre of the hollow earth because Seth himself breached the Catamine Stair. Now things are afoot. Strange things. The lions of Traflagar have fulfilled their prophecy, climbing down from the plinths around Lord Nelson’s column to defend the city. The daemon is out, stalking tender prey through the gaslit streets, meat markets, fish stalls and slaughter houses of Whitechapel. He has a taste for women, though not ordinary women. These women are different. Special. They may look like whores but they have the blood of angels flowing in their veins. If he can kill enough of them, bathing in their innocent blood, then the daemonic Seth believes he can open the ancient Ald Gate-one of the seven great gates of London-the last gate to Eden, and go home, even if it means tearing London herself apart.
The gates are guarded by The Seven, bloodsucking angelkind put there to guard a very special prisoner. A prisoner who cannot be allowed to escape. Satanial. The Devil by another name. Cast down and trapped in a hell on earth, watched over by Uriel, the mad Archangel.
Can the men of Greyfriars stop the daemonic Seth from opening the gates and all hell breaking loose?