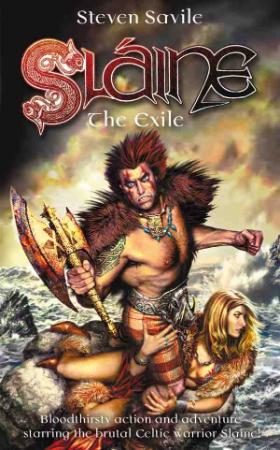 The first verse in the Lay of Sláine Mac RothTir-Nan-Og – a land of savage beauty where fierce warrior tribes fight for land, cattle and honour. Fate can be seen in every aspect of life in this kingdom, but none more so than in Sláine Mac Roth, son of the Sessair.Struggling to come to terms with his warrior’s gift, the Warp Spasm, the young Sláine gets his first taste of bloody battle when his kinsmen raid a rival tribe. But with fate guiding his path, Sláine’s epic journey is just about to begin.Sláine the Exile begins a brand new epic series of adventures starring the savage warrior Sláine Mac Roth. Also available in the series: ‘The Defiler’